Parks is now requiring all runners to carry bear spray from the beginning of leg 3 to the end of the race whilst running, although we’re recommending you just start with it at leg 1. Not every person needs to purchase bear spray – you can pass it from runner to runner at each relay station. However, if you will be utilizing the forced starts on leg 8 and/or 10, you’ll need to be sure that those runners have their own bear spray as they won’t be “tagged” by the previous leg runner. For example, start your leg 1 runner with the bear spray which can then be passed all the way through to leg 7. Then make sure your leg 8 runner has spray who can then pass it to leg 9. Your leg 10 runner will need their own spray. So, three cans of spray for a team that will be in the forced starts. Teams that know they won’t be in the forced starts will only need one can of spray.

Check out this video on the use of bear spray. https://www.youtube.com/watch?v=VDgBY2PbnO4

Rules that Make it Fun and Safe

These rules are in place to make the K-100 safe and fun for participants, volunteers and observers. It is the team captain’s responsibility to ensure that all team members are aware of and follow the rules. Rule infractions will result in a 20 minute time penalty.

These rules apply to substitutions for part of a leg.

The following rules have been developed in an effort to make the K-100 a safe and enjoyable race for the runners, supporters, volunteers, and race officials. It is essential to the success of the race that these safety rules are adhered to. While we don’t want to be overzealous in the assessment of penalties, the course will be well patrolled and infractions penalized. 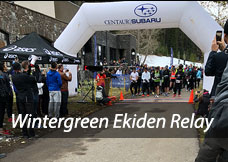 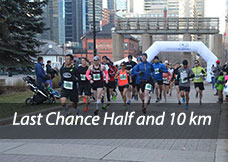